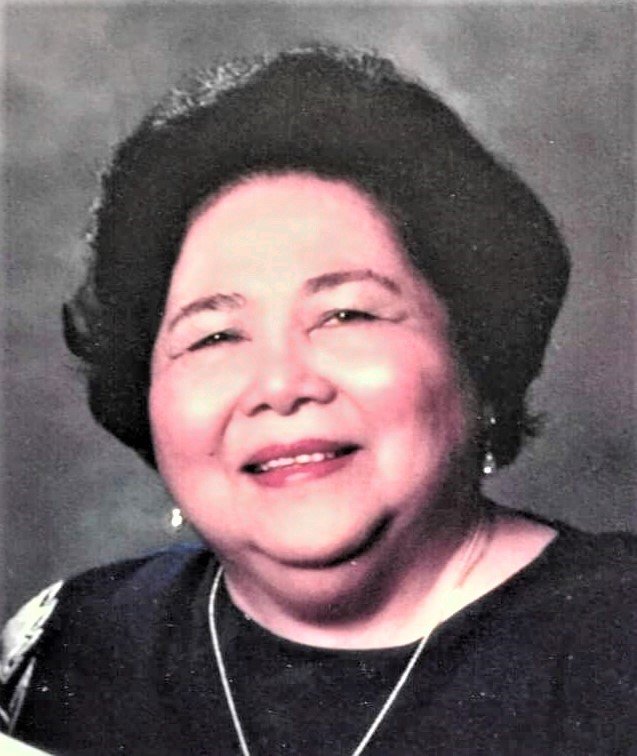 Born in Panitan, Philippines, in 1937, she attended the University of Santo Tomas in Manila, earning a Bachelor of Science degree in social work. In early 1966, she accepted a position with a new garment manufacturer in Holland. The decision to work for Berghaus would prove to be life changing. Mirian travelled that March with a group of young garment workers from the Philippines to Ulit, Netherlands, where she was responsible for their well being. Following that first contract, she returned to the Berghaus offices in Amsterdan for another three years. The relationships she built with the young women she cared for remained strong until Mirian’s final day.

In the early ’70s, Mirian moved to Ontario, Canada. Working as a social worker, she met Charles Bray, married quickly, and the pair opened their own insurance brokerage. On evenings and weekends, they also ran an art business, selling original oil paintings from all over the world. When they decided to move into semi-retirement, they moved to Punta Gorda, Florida, where they built and operated a retirement residence.

After permanently retiring, Charles and Mirian travelled the world aboard luxury cruise ships where Mirian’s love of music, cuisine, beautiful locales and games of any type was fulfilled. Most often, the group of women she had worked with in the ’60s would join them for those memorable trips.

Special thanks and appreciation to the staff and residents at The Springs at South Biscayne retirement home for their care and friendship, and to her neighbors in Heron Creek. Mirian was very fond of you all.

Mirian is resting at Charlotte Memorial Funeral Home and Cemetery in Punta Gorda, Florida, 9400 Indian Spring Cemetery Road, Punta Gorda, Florida. 33950. Memorial donations in Mirian’s honor can be made to First Baptist Church of North Port. Visitation: Saturday, November 2, 2019 from 10 a.m. to 11 a.m. with funeral services following. Lunch will then be served as family and friends come together to celebrate Mirian’s life.

To send flowers to the family or plant a tree in memory of Mirian Bray, please visit Tribute Store
Saturday
2
November

Memorial donations may be made in Mirian's honor to First Baptist Church of North Port.

Share Your Memory of
Mirian
Upload Your Memory View All Memories
Be the first to upload a memory!
Share A Memory
Send Flowers