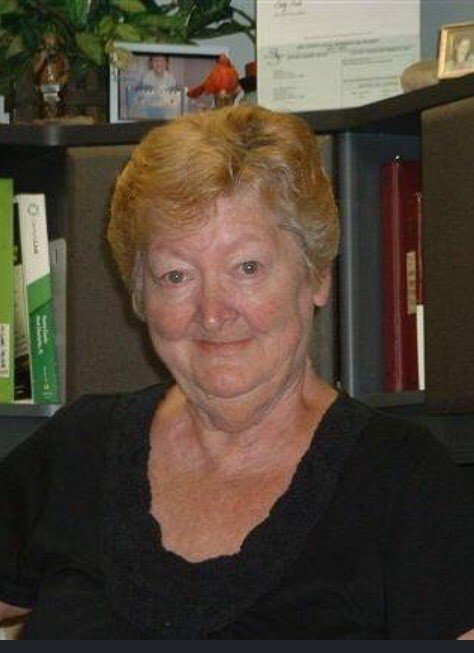 She attended Washington & Lee High School in Arlington, VA. In 1956 she married the love of

her life Howard A. Lee (Nebin). Together they raised 3 boys in Virginia, they relocated to Port

of their son’s Jeff & Bob. During those early years of the family business Marti also worked at

WCCF radio in Punta Gorda. Marti enjoyed her daily work as the secretary/bookkeeper at Lee

Ironworks until September of this year.

Marti was a fun-loving rebel who could mix it up with the best of them. She was a straight

shooter and you knew exactly how she felt. We will all miss her colorful sass and loving heart.

Marti was preceded in death by her husband Howard A. Lee, her parents Harry & Dorothy

She leaves her legacy behind with her three Son’s: Howard A Lee, Jr (Hal) and his wife Annette,

Her loving brother Harry Calhoun and his wife Barbara.

Marti will be laid to rest at Arlington National Cemetery to be beside Nebin once again.

A Memorial Gathering will be held on Saturday, December 7th from 2-4PM at Charlotte Memorial.

To send flowers to the family of Martha Lee, please visit Tribute Store

Share Your Memory of
Martha
Upload Your Memory View All Memories
Be the first to upload a memory!
Share A Memory
Send Flowers