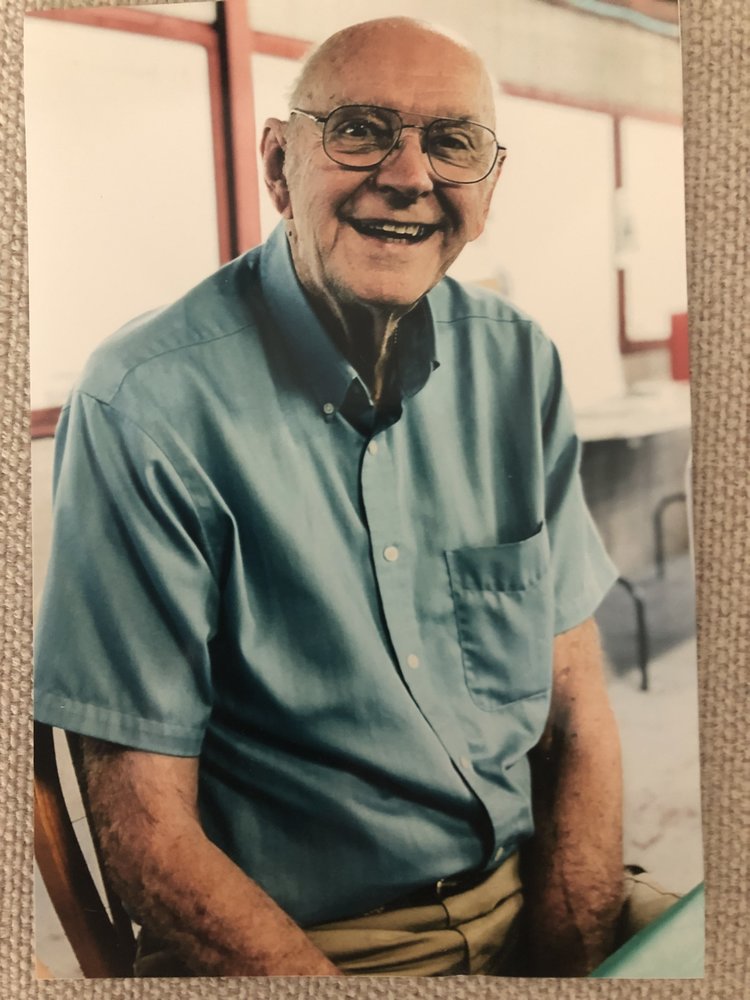 Born on September 17, 1933 in Cambridge, NY, he was the son of the late James Frederick and Laurette Hazel Duell. Joe grew up on a farm in Argyle, NY with his 12 siblings.  He graduated from Argyle High School in 1952.  He then attended SUNY at Plattsburgh earning both a BS and MS in 1956 and 1960 respectively.  In 1956, Joe enlisted in the US Army and was stationed in Heidelberg, Germany.  He was honorably discharged in 1958 and on June 28, 1958 he married Rita LaRocca in Rochester, NY.  They soon moved to Venice, Florida where Joe began his career in education as a Teacher at Venice Elementary and then moving to Principal at Nokomis Elementary.  He moved to Maryland in August of 1968 where he worked for Kent County Public Schools as a Principal, Supervisor, and Assistant Superintendent.  He retired in October 1993.  Throughout his career he was affectionately known as “the tall man”.  Upon his retirement he moved to Port Charlotte, FL where he was a volunteer at the Charlotte County Cultural Center, Fawcett Memorial Hospital and as an usher for the Charlotte  Players and the Charlotte County Cultural Center.  He traveled through more than 90 countries with his favorite always being the “trip he just completed.”  Joe was very proud of the time he served as the Exalted Ruler of Elks Lodge #2474 in Chestertown, MD.

A gathering of friends and family will be held on Wednesday, September 25 from 10:00 AM - Noon at Charlotte Memorial Funeral Home and Cemetery, 9400 Indian Spring Cemetery Road in Punta Gorda, FL. Cremation has been chosen and Joe's cremated remains will be interred with honors at Sarasota National Cemetery on November 27, 2019 at 12:30 PM. In lieu of flowers donations may be made to Tidewell Hospice Home at 1158 Veronica Street in Port Charlotte, FL 33952.  Pay respects at www.charlottememorial.com.