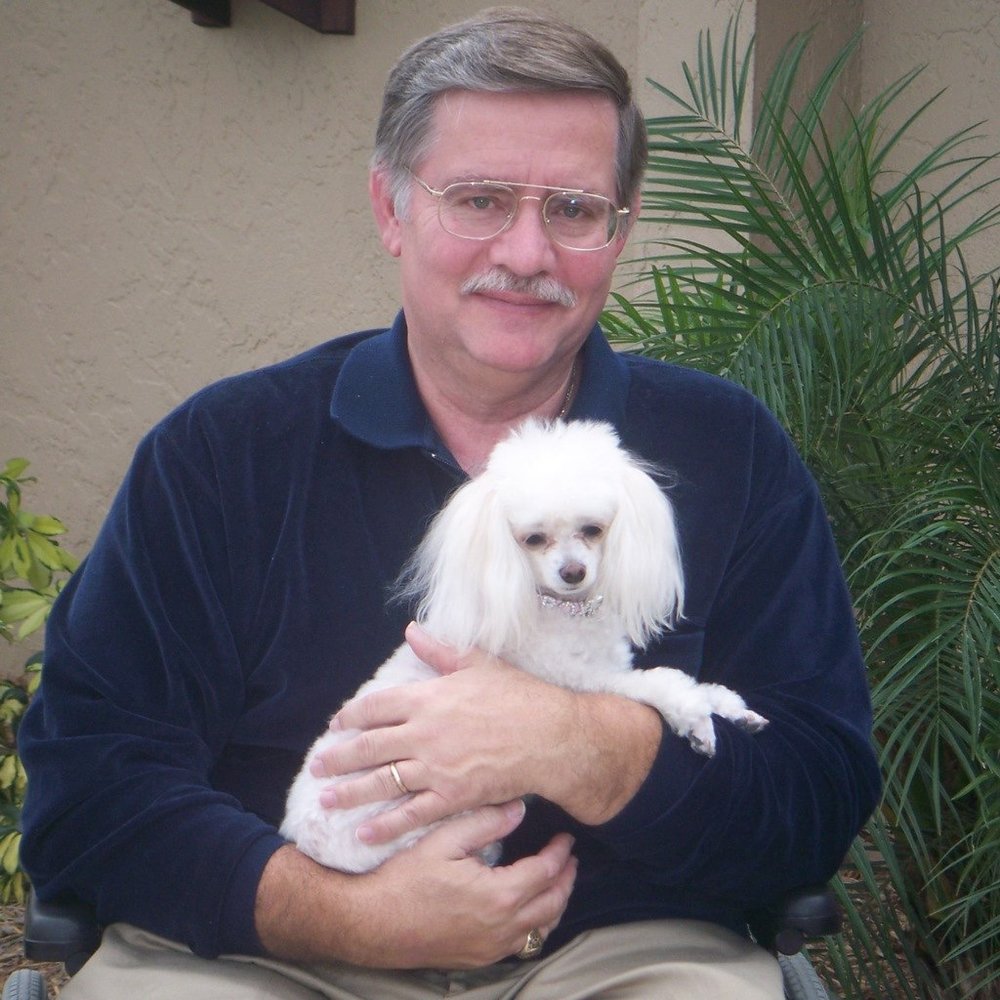 Randy Eugene Whitacre, 7/17/1952 to 8/19/19, was born in Dayton, Ohio and grew up in West Milton, Ohio.  Randy's first job was working as a custodian assistant, helping to clean the elementary school near his home.  He earned enough money from that job to purchase a drum set.  He played percussion in the junior high and high school bands and was selected as Student Director for his senior year.  He was injured in a car accident after a band performance as the performers traveled home.

Randy's paraplegia did not stop him from graduating from high school on time, earning his bachelor's degree and then his master's degree from Wright State University.  In college, Randy played wheelchair basketball and was the state bowling champion.  He was a member of Wheelchair Pilots, and flew to Iowa to demonstrate how the disabled could play wheelchair basketball to the members of the University of Iowa Hawkeyes athletic department.

Randy began his teaching career at W.E. Stebbins High School in Mad River Township, just outside of Dayton near Wright-Patterson Air Force Base.  He taught government, history, civics and psychology as a member of the social studies department.  Prior to the Americans with Disabilities Act, Randy was tapped to participate in a consortium to assess various public buildings in the Dayton area for access for the disabled.  The team identified areas needing modifications to be more accessible for the disabled.

Randy met his wife Terri Hicks Whitacre when she was student-teaching home economics at Stebbins.  They married June 14, 1980 and moved to Florida that summer.  Randy found a position as a library/media specialist at Punta Gorda Junior High School and produced the literary magazine and yearbook, too.  He became one of two library/media specialists at Charlotte High School the next year, and remained a Tarpon until his retirement in 2009.  He enjoyed his time helping the drumline for the Silver King Marching Band, the Silverettes Dance Line as well as handling lights and sound for several musicals.  Randy supervised 6 sets of journalism students who produced and published the yearbooks for their classmates.

Randy loved photography and had his own color darkroom.  He took photos at weddings, fashion shows and dance recitals for Terri's dance company, Dance Showcase.

Randy loved all things Disney and that led to his own passion to collect and set up Department 56 and Dickens Village pieces, as well as decorating the front lawn and campsites with lots and lots of Christmas lights.

Randy enjoyed piloting his own pontoon boat and driving his accessible Newmar RV motorhome to go camping locally over holiday weekends, at Pigeon Forge, Tennessee near Dollywood, near family in Beavercreek, Ohio and at Fort Wilderness near Disney World.

Randy was a 1992 founding member and long-time President of the IPMS, International Plastic Modelers Society, "Wings, Wheels and Keels" Model Club of Englewood.  He enjoyed making models and dioramas, mostly of World War II aircraft, tanks and trucks.  He won Best in Show and People's Choice one year with his elaborate South Pacific diorama.

Randy was an avid reader and known for his habit of reading directions before tackling a task.  He was patient and kind, and truly Terri's soulmate.  May you rest in eternal peace, Randy Eugene Whitacre.