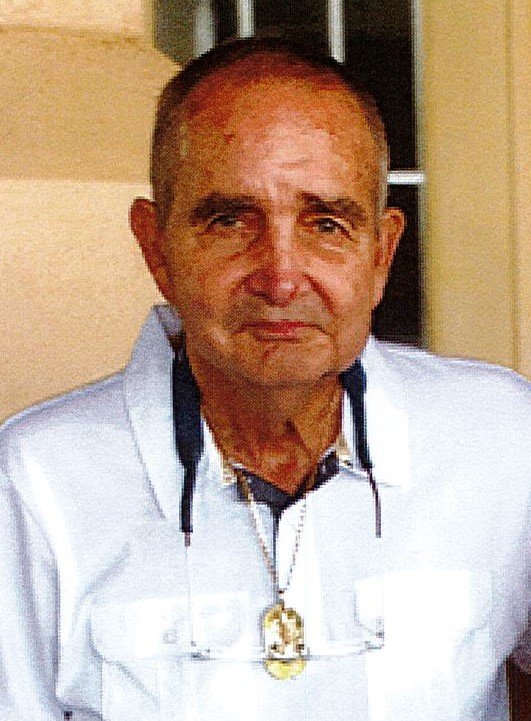 Born on January 1, 1945 in Gary, Indiana to Ralph and Ivonne Alton, he moved with his mother and brother, Neal, to Punta Gorda, Florida.  Later adopted by U.S. Cleveland after his marriage to Ivonne, Keith lived primarily in Charlotte County throughout his life, where he attended Charlotte High School. He served his country honorably from 1965-1968 in the FDC of A Battery, 2nd Battalion, 94th Artillery during some of the most intense fighting of the Vietnam War, including extended combat operations in Dong Ha, Da Nang, Quang Tri, Camp JJ Carroll, and The Rockpile during the Tet Offensive. In addition to almost continuous enemy direct and indirect fire, Keith and his battery mates faced extensive exposure to Agent Orange. Returning to Charlotte County, he owned Tri-County Surveying for over thirty years. An avid golfer, boater and human dad to all of his fur babies always quick with a smile, a joke, and a hearty laugh, those who knew and loved him will sorely miss his infectious humor and kind spirit.

Services are being handled by Charlotte Memorial Funeral Home @ 9400 Indian Spring Cemetery Rd, Punta Gorda, Fl 33950.  Viewing will be August 2nd, 4-7 PM, and services will be August 3rd at 11:00 AM.  Celebration of Life luncheon following service at Seminole Lakes Country Club at 26200 Stillwater Circle Punta Gorda Florida 33955.  In lieu of flowers, please consider donations in Keith’s honor to Gary Sinise Foundation, Canines for Warriors, or directly to his wife, Rebecca.