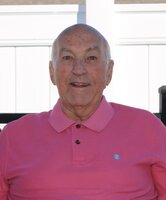 William “Bill” Madison Krieg, 82 of Englewood FL passed away Sunday September 18, 2022 at his home. He was a husband, father, grandpa, great grandpa and a friend to many and will be dearly missed. William was born on May 3, 1940 in South Bend, IN to William and Jean (Lamb) Krieg. Bill served in the US Army from 1963 to 1965. He was a member of the American Legion Post 113 in Rotonda West, FL. On October 1, 1966 he married Betty L Wickler, she survives. Bill was an electrician and worked out of IBEW local 153. He retired from Shaum Electric in Elkhart, IN in January of 2006 In addition to his wife he is also survived by: A son, Anthony James Krieg (Debbie) of Tennessee. A Daughter in law, Janet Krieg of Indiana. 5 grandchildren: John, Christopher(Rachel), Lindsay, Zachary and Khloe. 2 Great grandchildren: Wyatt and Sawyer 1 Brother: Michale Krieg (Julie) of Kentucky 1 Sister: Kathrine Casey (Richard) of Michigan 1 Sister in Law: Mary Ann Krieg of Indiana Bill was preceded in death by his parents, a son Scott A Krieg, and 2 brothers Richard and Thomas. Bill will be cremated and a private service will be held at a later date. Memorials can be made to Riley Children's Hospital Donations PO Box 3356 Indianapolis IN 46260 or rileykids.org