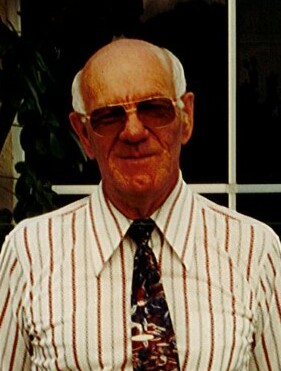 Dedicated father, grandfather, and community servant, Eugene Noel Danielson passed away on August 31st 2022. Eugene (Gene) was born on April 23rd 1930, and was adopted by Vernor and Martha Danielson in 1931. Gene was raised in Ludington MI. He was a man with a true heart for service as exemplified in the way he served his wife, family, job, community, and church. Gene married his beloved wife Stella on September 1st, 1951, he went to be with her mere hours before what would have been their 71st anniversary. Gene was preceded into the hereafter by his wife Stella, and son Robert. He is survived by his 3 daughters, Linda (Doug) Shank, Cindy Noble, and Melody (Scott) Berryman, and his DIL Janice (Robert) Danielson. His 9 grandchildren, 14 great-grandchildren, and 1 great-great-grandchild. Gene spent his young adult life as a masterful handyman in MI before moving to North Port FL in 1979. He instilled in his children and grandchildren a great love of fishing, the outdoors, and self reliant work ethic. Gene's love of community led to many close family connections and the institution of van pick-up for local youths to attend youth groups and church activities. Gene's love was large enough to encompass this whole community, and while his life was full, it was lived well. He will be greatly missed, and is forever at peace with his true loves, God and Stella. Services will be held Friday September 16th, at Charlotte Memorial Funeral Home in Punta Gorda FL. Viewing will begin at 10 a.m. and the full service will begin at 11 a.m. All friends and family are welcome.