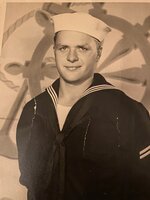 Burl Howard Cutright, Jr., 88, of Punta Gorda, FL passed in the comfort of his home with his loving son and family at his bedside on October 24, 2021. Burl was born April 14, 1933 in Rosemont, WV, the son of Pauline Snyder and Burl Howard Cutright Sr. For the past several years, Burl made his home with his son, Burl Howard Cutright III and his family in Punta Gorda, FL. He was under the loving care of the Veterans Administration and Florida Hospice. Burl graduated from Buckhannon Upshur High School with the class of 1951 where he was a member of the High School Football team and made many life time friends. He also attended Potomac State College and was a member of the football team. Mr. Cutright enlisted in the United States Navy and served his country for seven years as a corpsman that served with the Marines. He obtained his Bachelor’s Degree from West Virginia Wesleyan College and worked toward his Master’s degree at Marshall University. He was employed by the WV Department of Highways as a State Inspector before moving to Florida and worked for the Florida Department of Education in Florida public school system. In addition to his parents, Burl was preceded in death by sister Lora Mae Gallagher and her husband, Harris Gallagher, brother-in-law Kermit Limbers and sister, Patricia Jolene Lipscomb Maher. Also niece Sarah Lipscomb and nephew Andrew Lipscomb. Left to cherish many wonderful memories are his children; June Marie Cutright and husband, Brian Stockley of Punta Gorda, FL, Johanna Sue Albright and husband, Scott of Buckhannon, WV, Burl Howard Cutright III and wife Beverly of Punta Gorda, FL. Burl was survived by four grandchildren; Burl Howard Cutright IV and Chloe Marie Cutright of Punta Gorda, FL, Henry Albright and fiancé Alexa Bennett of Morgantown, WV, and Hilary Sue Albright of Buckhannon, WV. Also surviving are two great grandsons: Brantley Wade Wilson and Barrett Glen Wilson of Buckhannon, WV. Also surviving is one sister, June Ellen Limbers of Thomasville, NC. Burl is also survived by nephews and nieces; Rod Gallagher and wife Cathy of Lancaster, OH, Mike Gallagher and wife Sara of Morgantown, WV, Rick Gallagher and wife Sherry of Bridgeport, WV, Stephen Limbers and wife Susie of Statesville NC, Sandra Mason of Northfield, OH, Amy Lipscomb Hampfeldt and husband Brian of Chattanooga, TN. Burl will be remembered for his quick wit and ability to make everyone laugh. An avid ambidextrous tennis player who had two forehand and no backhand shots. He also enjoyed listening to music. According to Burl’s wishes, his body has been donated to science at the University of Florida. Interment will be at Lanham Cemetery, Queens, WV at a later date.