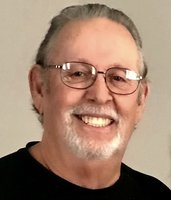 Raymond “Ray” L. Lozano of Punta Gorda, FL passed away peacefully on July 22, 2021, surrounded by his loving family. He was 72 years old. Ray was born in Miami, FL on June 7, 1949 to Ramon and Marina (Layola) Lozano. He attended the University of Dallas to pursue a degree in nursing and went on to own both a tortilla factory and wholesale tropical fish import business, both also in Dallas. Ray then moved to Long Key, FL where he worked as a commercial fisherman for 18 years. It was in Long Key where Ray met Sandra (Connelly), the love of his life. Ray and Sandra moved from Long Key to Punta Gorda in 1999, where they owned and operated Shamrock Lawn Service and have lived ever since. Ray was a member and past Grand Knight of the Knights of Columbus Ponce De Leon Council 8074. Ray had many interests including cooking for charities, herpetology, importing insects from Indonesia and especially fishing, but most of all, he cherished his time spent with family and friends. Raymond is survived by his beloved wife, Sandra Lozano; sons, Aaron Lozano MD and Zachary (Taylor Smith) Lozano; grandson, Lucas (Jenn) Lozano; brother, Alex (Sue) Lozano MD; brother-in-law, Joseph (Barbara) Connelly; nephews, Jake Lozano and Jason (Jena) Connelly; nieces, Jessica (Marley) Brezzo and Krista Connelly; great-nephews, Nova Brezzo, Leo Brezzo, Jet Connelly and Graham Connelly; and great-niece, Lily Connelly. A Memorial Mass will be held in Raymond’s honor on Friday, August 6 at 11 AM at Sacred Heart Catholic Church, 211 W. Charlotte Ave., Punta Gorda, FL 33950. Inurnment at Charlotte Memorial Cemetery will take place at a later date. Contributions may be directed to a Go Fund Me Page established in Raymond’s memory to help offset his major medical and other expenses at: https://gofund.me/93ab10a0.