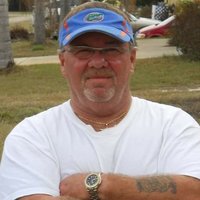 Terry “Keith” Blanchard, Sr. of Punta Gorda, Florida passed away peacefully at his home on July 14, 2021. He was 57 years old. Keith was born in Punta Gorda on November 2, 1963 to the late Wilson and Katie (Jackson) Bartlett. During his working years, he enjoyed cooking as a chef in various restaurants and country clubs. A lifelong Florida Gators fan, Keith also enjoyed golfing and taking his boat out to fish. He was preceded in death by his parents and brothers, Robert Jackson and Gene Bartlett and is survived by his sons, Terry Blanchard, Jr. and Joshua Blanchard; sister, Candus (Jerry) Nelson; nephews, Robbie and Randy Boule and Nicholas Dingler; and a host of loving aunts, uncles, nieces, nephews and cousins.