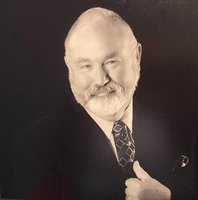 Terry Lee Billingsley, 64, beloved husband, father, and paw paw, passed away on December 20, 2020 after contracting COVID 19 while in the hospital in Port Charlotte, Florida. He was there for surgery to remove a cancerous tumor. Terry was passionate about his work in the Federal Bureau of Prisons and was well respected by staff and inmates alike. Throughout his career he worked at many institutions across the country. He started at the Federal Correctional Institution in Oakdale, Louisiana where he met his future wife (He enjoyed telling people he met his wife in prison.) It was here that he went through a 10 day prison riot. Then he worked at institutions and facilities in Bryan, Texas; Three Rivers, Texas; Washington, DC; El Reno, Oklahoma; Annapolis Junction, Maryland; and Petersburg, Virginia. After 27 years he finally retired as the Warden at the Federal Correctional Institution in Otisville, NY. After retirement he spent the last 6 years traveling and exploring the country in a motorhome. This was something he loved and after his cancer diagnosis said he was very happy to have taken that opportunity right after retirement instead of waiting. Terry was always a gentle giant. Always stood by the underdog, and volunteering to help with any project. He was always willing to come to the aid of family, friends, and total strangers. Terry loved tinkering with anything that had a motor (cars, boats, motorcycles) and was a huge animal lover. We referred to him as Dr Dolittle. If he saw a turtle on the road, he was the guy that got out of his vehicle to move him off the road. He would even spend time sitting on the edge of his pond watching the small alligator. While he loved all animals, his English Bulldog, Willie was his true animal love. He got Willie after retirement and spent every day with him. Ironically, both Terry and Willie were diagnosed with cancer about the same time. I know Terry’s happy to be reunited with him now. Born in Texas on June 19, 1956, he was preceded in death by his father, Billy Frank Billingsley; mother, Ruth Merrill; and step-father, Jim Merrill. He is survived by his wife of 32 years, Traci; his son, Trevor (Caitlin); grandchildren, Miller and Ruth; brothers, Darwin (Dorothy) and Gary (Linda); and many nieces and nephews. We will be celebrating Terry’s life by sharing stories and memories of him. This Celebration of Life will take place on Sunday, January 31, 2021, starting at 2:00 PM at the Thornton Creek Motorcoach Resort Clubhouse, 8338 SW Sand Crane Circle, Arcadia, FL 34269.