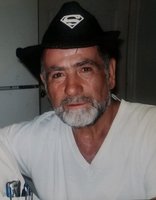 Stevo Bubalo passed away on June 13th in North Port Florida. Stevo emigrated to the U.S from Yugoslavia in 1975 with his family. He worked and raised his family in New Jersey before retiring in Florida in 2010. Stevo enjoyed spending time with his family and he is survived by his wife, Vera, his children Petar and his wife Nitsa, Olga and her husband Sal, and Sylvia and her husband Ryan. He is also survived by his eight grandchildren, Tommy, Emily, Jesse, Stevo, Nikolas, Eleni, Aaron and Adam. He is also survived by his sister Sava and his brother Nedja and many nieces and nephews. Funeral services are being held privately.